A round-up of art and antiques news from the previous seven days, including news of a drawing of a bear's head by Leonardo da Vinci coming to auction. A sketch of the head of a bear by Leonardo da Vinci is coming to auction at Christie’s this summer. The auction house said it is “one of only eight drawings by da Vinci known to be in private hands outside of the British Royal Collection and the Devonshire Collections at Chatsworth”.

Head of a Bear has an estimate of £8m-12m and is on public exhibition at Christie’s in Rockefeller Centre in New York, before moving to Christie’s Hong Kong from May 20-25. It will then go to London where it will be on view from June 1-6 prior to Christie’s Exceptional sale on July 8.

It was later owned by British collector Captain Norman Robert Colville (1893-1974), who also owned Raphael’s Head of a Muse that sold at Christie’s in 2009 for a hammer price of £26m. Bonhams has appointed Martina Fusari as a specialist in its 19th century paintings department.

Originally from Italy, she has worked in Turin, Paris and London, most recently at Christie’s where she was associate director and specialist business getter in the 19th century European & Orientalist art department.

Fusari has a particular interest in Italian 19th century paintings. Gurr Johns has appointed Lilly Dai as business development director, Asia. She will split her time between London, Greater China and south-east Asia.

Gurr Johns offers advisory services, including brokerage, valuations, collection management and art finance. Dai previously worked for other art advisory businesses in the UK and has a diploma in the history of decorative arts from Sotheby’s Institute of Art.

The second Mayfair Sculpture Trail, a Mayfair Art Weekend collaboration with Art in Mayfair, will be held on June 2-27.

Sculptures selected by Mayfair galleries will be installed in areas across the West End including Bond Street, Cork Street, Berkeley Square and Grosvenor Square.

Christie’s and Eye of the Collector event

Eye of the Collector, a fair founded by Nazy Vassegh (who previously ran Masterpiece London), has created an online partnership with Christie’s.

The auction house will produce and host an online platform showcasing highlights from Eye of the Collector 2021.

The Eye of the Collector X Christie’s partnership will be accompanied by an event hosted by Christie’s Education, which will provide an opportunity for global audiences to explore the works exhibited. 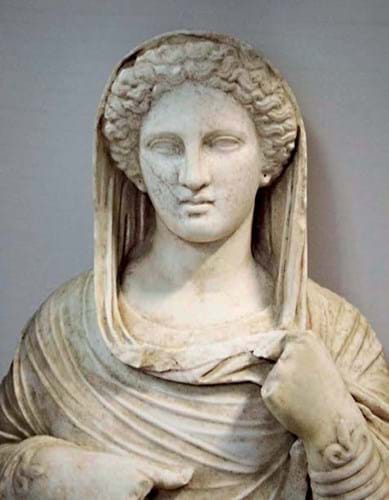 The funerary statue that is being returned to Libya.

A funerary statue from Cyrene (near present-day Shahhat in Libya) dating to the 2nd century BC is being returned to Libya. It was seized by Border Force officials at Heathrow airport several years ago having been illicitly imported into the UK to be offered for sale.

In 2013 specialists at the British Museum were asked to assist in the identification. Museum staff alerted HMRC to the importance of the statue, noting that only a handful of these sculptural types are found outside Libya.

The museum gave evidence for the prosecution in a court case in 2015, and the judge ruled that the sculpture was owned by “the state of Libya”.

Since the court case the statue has been stored at the museum and it will now be transferred to the Libyan Embassy.

The most viewed stories for week May 6-12 on antiquestradegazette.com The number of bitcoins needed to buy Banksy’s oil painting Love is in the Air (2005) at Sotheby’s New York on May 12. Selling at $12.9m (£9.2m) including premium, it was the first physical artwork for which the auction house said it would accept payment by crypto currencies.