Eye-catching and ear-pleasing, this early example of a monkey chamber orchestra musical automaton picture was one of the star performers at Tennants’ (20% buyer premium) Scientific and Musical Instruments sale. 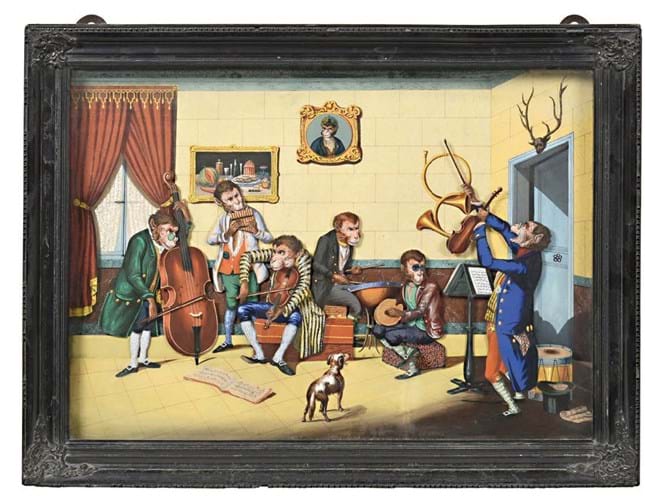 Signed Rivierre to the lithographed back drop, it was dated c.1860 and differed from later such pieces (which more often feature cats and dogs) in being larger at 2ft 10in (87cm) wide. It also had larger individual dowels for each of the actions from the back, coupled with separate wire and card weight balances as used for the returns.

More refined examples such as this also have a separate automaton motor with dual linear-direction pulleys so that individual movements to the nine players are correctly synchronised to the music. With a single-spring motor and single-section comb on plain brass bedplate, the key-wind cylinder movement, stamped Ser. No. 6593, Gamme No. 774, played four sophisticated melodies.

In fine and original condition, it went to a London bidder on its top estimate of £5000 at the September 29 sale in Leyburn.