PAN was published in Berlin by writer and editor Otto Julius Bierbaum and art historian Julius Meier-Graefe between 1895-1900 and is considered an early example of the avant-garde magazine genre.

The collection, now owned by the museum, had been on view there since September 2020 as part of the exhibition PAN: Prints of Avant Garde Europe, 1895-1900.

The travelling show will continue its tour with the next staging at Washington County Museum of Fine Arts in Hagerstown from October 8, 2022 to January 29, 2023. 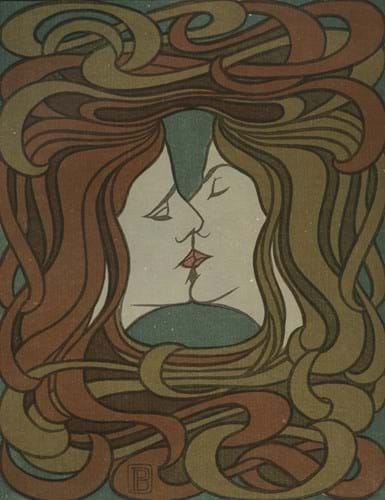 Anna Musci, executive director of the museum, said: “Richard Driehaus, who died a year ago, was an avid collector of Jugendstil graphic art and interior decoration. He had always admired PAN and was excited to host the exhibition. When the opportunity to buy the full set was presented to us, we chose to acquire it in his honour.”

Fund manager Driehaus (1942-2021), opened his museum devoted to the decorating tastes of Gilded Age America in 2008.