A TOUCH of spring arrived in Dorchester on April 10-11 where amongst a number of five-figure prices at Duke’s two-day sale was this tiny watercolour of a branch of cherry blossom by the prolific Victorian theorist, critic and artist John Ruskin (1819-1900). Dated 1857, it is displayed here a fraction less than its actual size. 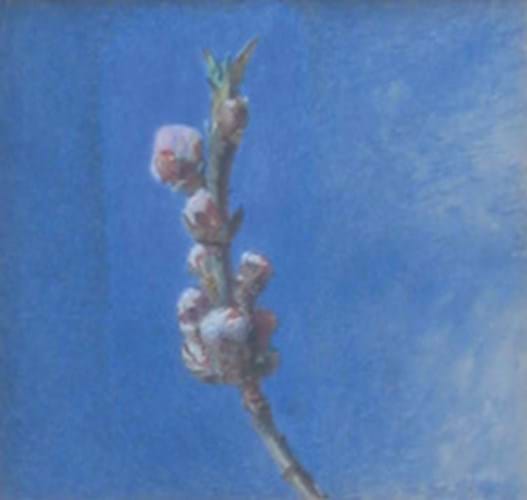 The signed work, from a deceased Dorset estate, was offered with an estimate of £500-1000 and attracted bidding from London dealers The Maas Gallery and also The Fine Art Society who were the underbidders.

It was one of a series of watercolours produced during Picasso's third visit to Paris from Spain. Louise Lenoir, otherwise known as Odette, is thought to have been Picasso's first girlfriend in Paris and she features prominently in this series.

An expressionist painting dating from Jules Pascin's (1885-1930) travels to Cuba, however, did manage to sell within estimate. Jeunes Noirs a Cuba was bought by a trade buyer at £32,000.