Long considered outside the mainstream of art history, textiles have had a boost in London this month. 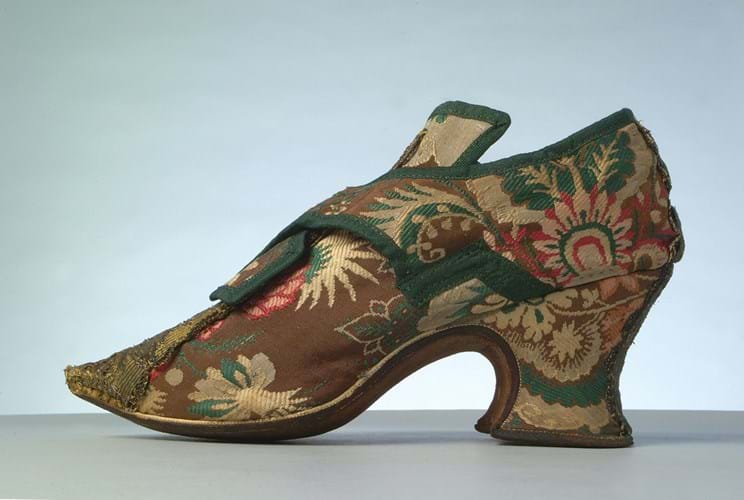 “Textiles sit within so many disciplines that it’s difficult to get a grasp of the diversity of human experience they encompass,” says June Hill, curator of the new exhibition Unbound: Visionary Women Collecting Textiles, which runs until April 19 at Two Temple Place.

The show examines seven women who created leading public textile collections, such as the anthropological assemblage of traditional Balkan costume compiled by Edith Durham (1863-1944). Such collectors were often considered “as having an ‘eccentric’ or ‘selective’ eye” according to assistant curator Lotte Crawford. Yet buyers recently signalled keen interest in the field at the London Art Fair (January 22-26) which staged Threading Forms focusing on the use of thread in Contemporary art. It was curated by Candida Stevens, whose solo presentation of 11 works by textile and fibre artist Alice Kettle sold out at prices ranging from £1600-12,000 during the first days of the fair.

“The position of textile art within the wider context of the art market has grown exponentially in recent years and I am delighted that this has been reflected in strong sales at the fair,” said Stevens, who later sold another of Kettle’s work for £24,000.

Exhibitor Oxford Ceramics Gallery sold all four of its wall-hangings by well-known British weaver Peter Collingwood. All were created on the artist’s hand-built loom and were offered for £6000-10,000 each. Raw Editions sold Marriage Flag Grayson Perry’s for £7000.

Running alongside that event in the same venue was the Decorative Antiques and Textiles Fair. There Foster & Gane sold a large 1920s mounted flatweave textile by Swedish artist Marta Maas Fjetterstrom that was offered for £8800 as well as a number of African Ewe cloth lengths. Tapestries and Fortuny cushions went from Rhona Valentine, while Gray MCA sold a number of mid-century artist textiles framed as pictures.

Crawford adds that the story of Unbound highlights a “gendered issue” within the history of textile acquisition. It “points to the hierarchy of [women’s] collections and status of women in a wider cultural sense as they were not perceived as professional collectors or curators,” she says.

The exhibition seeks to challenge that perception, featuring works amassed by Durham, Louisa Pesel (1870-1947), who advocated embroidery as a form of therapy and recreation, and Olive Matthews (1887-1979), whose collection focused on the 18th century. This early 19th century bed cover embroidered with a twin-handled vase of flowers and signed ‘Isne Hewitt’ is available at Tennants’ auction on February 8 with and estimate of £500-700.

More recent subjects include Muriel Rose (1897-1986) and Jennifer Harris (1982-2016), both supporters of Contemporary craft, artist and popular art collector Enid Marx (1902-98), and Nima Poovaya-Smith (1985-98), who sought out historic traditional textiles and contemporary works from India and the UK.

Auction houses such as Kerry Taylor and Tennants offer regular textile sales – see, for example, Tenants’ Costume, Accessories & Textiles auction on February 8. The next staging of the Decorative Antiques and Textiles Fair takes place from May 14-18.