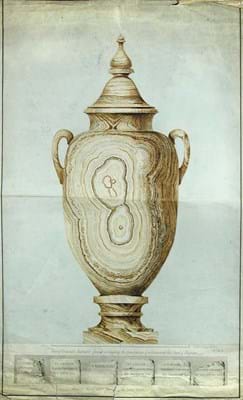 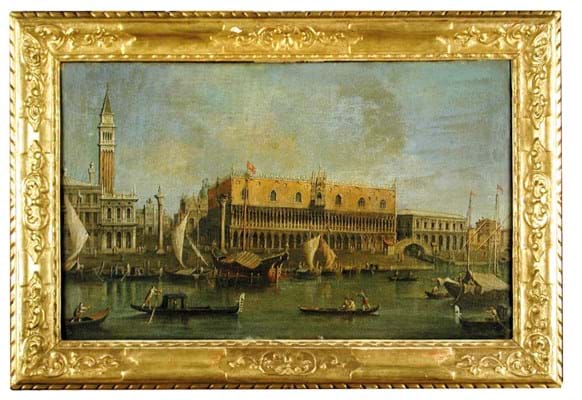 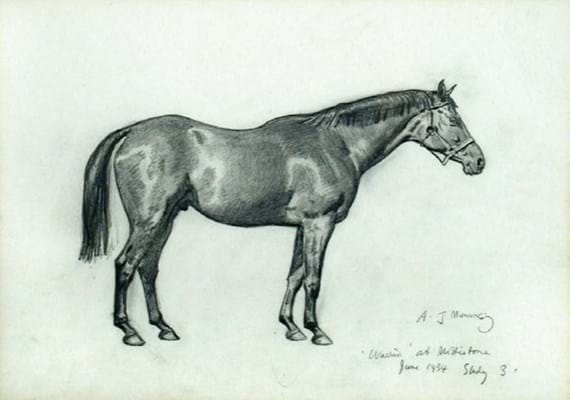 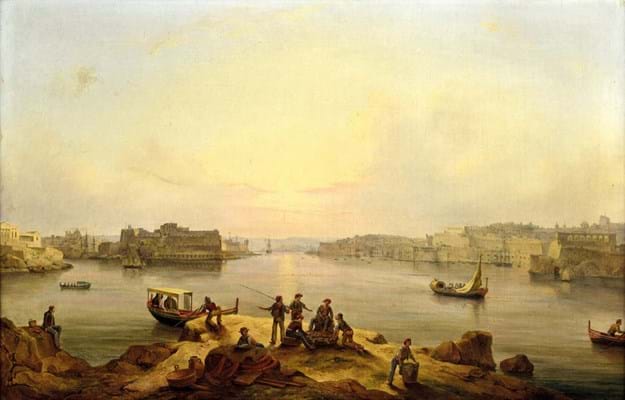 Appetite for the Grand Tour-look is as strong as ever judging by the performance of a slightly shabby 18th century Roman urn study that sold for over 22 times its estimate at Cheffins (22.5% buyer’s premium) of Cambridge on March 8.

Unframed with some tears around the edges, the 23in x 3ft (58 x 92cm) watercolour depicts a meticulously detailed alabaster urn that was found during the digging of foundations near the tomb of the Emperor Augustus in Rome.

For the last few decades, the study had resided in a private collection in the West Country.

“It wasn’t in the greatest condition but it was hugely decorative, the sort of thing you’d see on the cover of interior magazines in some lovely hall,” said Sarah Flynn, Cheffins’ head of paintings.

In addition to its interior credentials, it closely resembles a handful of other studies made of an cinerary urn, with an identical grain, found on the same site.

These were drawn in 1777 by the British architect Thomas Hardwick (1752-1829) and now reside in the collections at the Royal Institute of British Architects.

The powerful combination of decorative and scholarly appeal drew strong competition from the room and five phone bidders. It was eventually hammered down to an anonymous buyer at £17,000 against a £600-800 estimate.

Though the whereabouts of the original urn is not readily known, Flynn has suggested that the buyer may seek to reconcile the two.

Another lot with plenty of Grand Tour appeal in this sale was an 18th century canvas of the Doge’s Palace in Venice. From a deceased estate in Cambridgeshire, the dirty 18 x 19in (46 x 74cm) oil on canvas was catalogued as ‘by a follower of Canaletto’ and guided at £800-1200.

The estimate proved wide of the mark, and it eventually sold to a private buyer at £12,000.

The strong buying base in Malta was in action on a bustling 19th century view of the harbour at Valletta. It almost doubled its guide to sell to a Maltese bidder at £15,000.

The 18 x 2ft 3in (45 x 70cm) oil on canvas had come from an Anglo- Maltese family in Suffolk. The composition closely relates to the sweeping and scenic views of Valetta painted by the Schranz family of artists working on the island in the early 19th century.

Such pictures particularly appealed to the British Naval officers and commanders stationed in Malta, who commissioned the Schranzes to paint their ships into panoramas of the Grand Harbour. Many were brought home as topographical souvenirs of their travels.

It was consigned on the back of another version the auction house had sold in September last year for £10,000 to the Munnings Museum in Essex. The vendor had paid £2000 for it at Phillips in 1988.

The study, inscribed Warrior at Mottistone/ June 1934 Study 3, was one of a number the artist drew of the horse on the Isle of Wight – 16 years after he first painted Warrior in 1918 on the Front Line.

Unlike the September version, the 9 x 10in (23 x 25cm) drawing does not feature in Seely’s book Warrior: The Amazing Story of a Real War Horse, which contained a number of Munnings’ illustrations from the Isle of Wight.

Warrior was bred from Winston Churchill’s mare Cinderella, who survived four years on the Western Front and became known as ‘the horse the Germans could not kill’.