December is one of two key periods in the French calendar when the auction houses concentrate their sales of Asian art. Pictured here is a selection of highlights and unusual pieces coming up for sale this month in the Paris rooms. One of several sales devoted to Asian Art taking place at the Drouot centre in December will be held by Aguttes on December 10. Among the highlights will be a richly-embroidered and well-preserved Vietnamese yellow silk gauze mid-season lady’s robe dated to the Nguyen dynasty (1802-1945).

The embroidery in polychrome silks features numerous symbols such as bats (a symbol of happiness) and phoenix (symbol of feminine beauty and elegance) as well as a deep wave border. The robe is inspired in form by those of Ming dynasty China but the techniques of embroidery are Vietnamese.

Christie’s Asian Art sale in Paris on December 12 will include 74 lots from the collection of Lionel Fournier. He had a particular interest in Tibetan, Himalayan and Nepalese works of art and donated a number of works to the Musée Guimet, the French capital’s specialist museum for Asian works of art.

Among the Thangkas in Christie’s sale are two particularly rare examples. One of them dates from the 13th century, measures 16¾ x 14in (42.5 x 35.5cm) and represents the Mandala of Vajravarahi – who is shown surrounded by various figures including assistants, divinities and a donor. It is estimated at €400,000-600,000.

A mixed-discipline sale held at Drouot by Christophe Joron- Derem on December 18 will include a watercolour by the modern Chinese master Zang Da Quian (1899-1983) depicting a branch of flowering begonia. The 17 x 14in (44 x 36.5cm) work on paper bears a dedication translating as ‘to Madamemoiselle Geneviève, December of the year Yi Wei (1955) painted by Zhan Da Quain on the occasion of his first visit to Paris’.

The vendor was a student at the Institute of the Oriental languages in 1955-56 when she met the artist through the intermediary of the Chinese ambassador in Paris. He painted her portrait and gave her this watercolour. It has an estimate of €40,000-60,000.

Qi Baishi (1864-1957) is one of the best-known Chinese artists of the modern era and Sotheby’s will be offering two of his paintings in its sale of Asian art on December 11.

They come from the collection of Pierre de Vleeschouwer (1897-1966), a Belgian engineer who moved to China in 1923 working for the Belgian Railway Company in Shanghai, Tianjin and Hong Kong, and have passed down by descent.

Vignes is one of them, painted in ink and colours on paper and measuring 3ft 4in x 13½in (1m x 34cm) with two of the artist’s seals and an inscription.

A 8in (20cm) high long-necked Yongzheng period porcelain vase, decorated with a robin’s egg glaze and with a six-character mark, is coming up in an auction held by Jonquet in Boulogne-Billancourt on December 13. 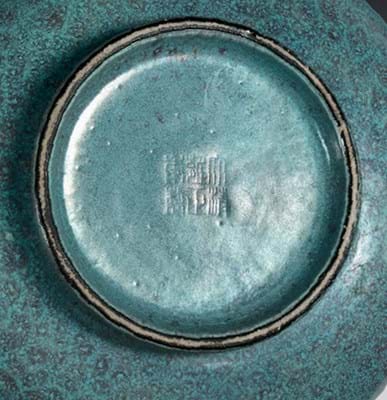 A 3½in (8.5cm) high jade vase of yellow tone with red inclusions features in Tajan’s Asian art auction in Paris on December 10. It is dated to the Qing dynasty (18th century), carved as two carp, one with a dragon’s head, while the bodies are incised with scales.

Paris springs into Asian action with 10-days of auctions, exhibitions and events