In 2017, this lost portrait miniature of a young Dickens emerged at an auction in Pietermaritzburg, South Africa where it sold together with some household goods for the equivalent of £27. 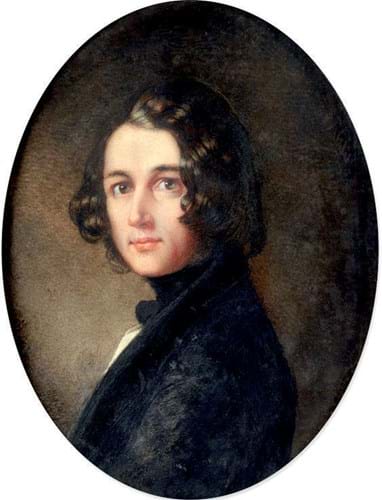 A portrait miniature of a young Charles Dickens, sold by Philip Mould & Co, London for £180,000.

By 2018 the painting had arrived at the Philip Mould gallery in London where research confirmed it was the portrait of Dickens painted by Margaret Gillies (1803-1887) over six sittings in 1843 and shown at the Royal Academy Summer Exhibition the following year.

At the time Dickens was 31, firmly in the public eye after the success of A Christmas Carol.

On seeing the portrait at the RA, the poet Elizabeth Barrett Browning said it “has the dust and mud of humanity about him, notwithstanding those eagle eyes”.

Since October 2019, after funds were raised to meet the £180,000 asking price, the portrait has been on view at the Charles Dickens Museum at 48 Doughty Street, London where Dickens lived from 1837-39.